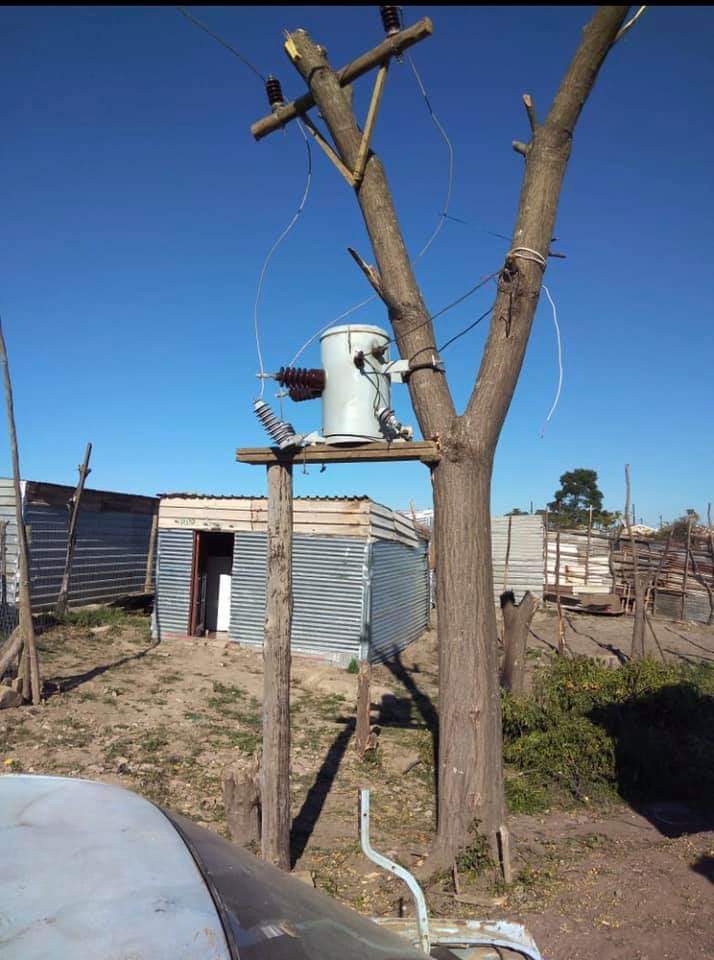 RISE IN ILLEGAL CONNECTIONS DURING COVID-19 COSTING THE CITY AND ITS COMMUNITIES SEVERELY
The Buffalo City Metro notes with concern the rise in illegal connections which are threating to plunge communities into prolonged darkness. This week alone, our Law Enforcement officers escorted BCMM Electricians to Mzamomhle and Mdantsane townships to disconnect 270 and 350 Illegal electricity con

Non-technical losses which include illegal electricity connections account for approximately to R228 million per year.
Due to high increases in illegal connections and the overload these connections are causing on the electrical network, the BCMM Electrical and Energy Services Department has been replacing transformers at an alarming rate.

In some areas, transformers are being replaced on a monthly basis. In the last three months during the Covid-19 period, more the 12 transformers were replaced and this has depleted the stock of Municipality. Of the 12, six of them have already blown up and need to be changed.

Due to the national lockdown and the backlog experienced by supply manufactures, the delivery turn-around time to replace stock is around 8 weeks.

As a result of stock unavailability, BCM has a backlog of 8 transformers in the electrical network that needs to be replaced after being blown up as a result of illegal connections.

Not only is the Municipality experiencing strain on the network as a result of illegal connections, but our transformers are also being stolen. This is putting enamours pressure on our maintenance teams. It’s also depleting the City’s budget and is leaving honest and hard paying consumers in the dark.

We are suspecting syndicates as the stolen transformers are being used in informal areas and then connected illegally into the network, causing overload problems.

We are calling on communities to report those behind these illegal activities and also reject those that approach them with the aim of either tempering their meters or connecting them illegally on the grid.

We are working very closely with the police and the organised crime unit and we will be taking legal action against these illegal connectors, in terms of the criminal amendments act. The Municipality has had arrests and successful convictions in the past.

The City is currently rolling out the installation of smart meters to businesses and households in an attempt to manage electricity loses.

State of the City Address

During the 2020 State of the City Address, the Executive Mayor Xola Pakati said: “We have since the start of the term spent R548 million on electricity which has seen the electrification of around 5200 formal households and 1288 informal dwellings.”

“The bulk of our capital expenditure has gone towards the maintenance, upgrade and refurbishment of our electricity infrastructure in order to ensure reliability and consistency. In the next financial year, we will spend R121 million of which R18 million is set aside for electrification, thus electrifying an additional 133 households and 700 informal dwellings.”