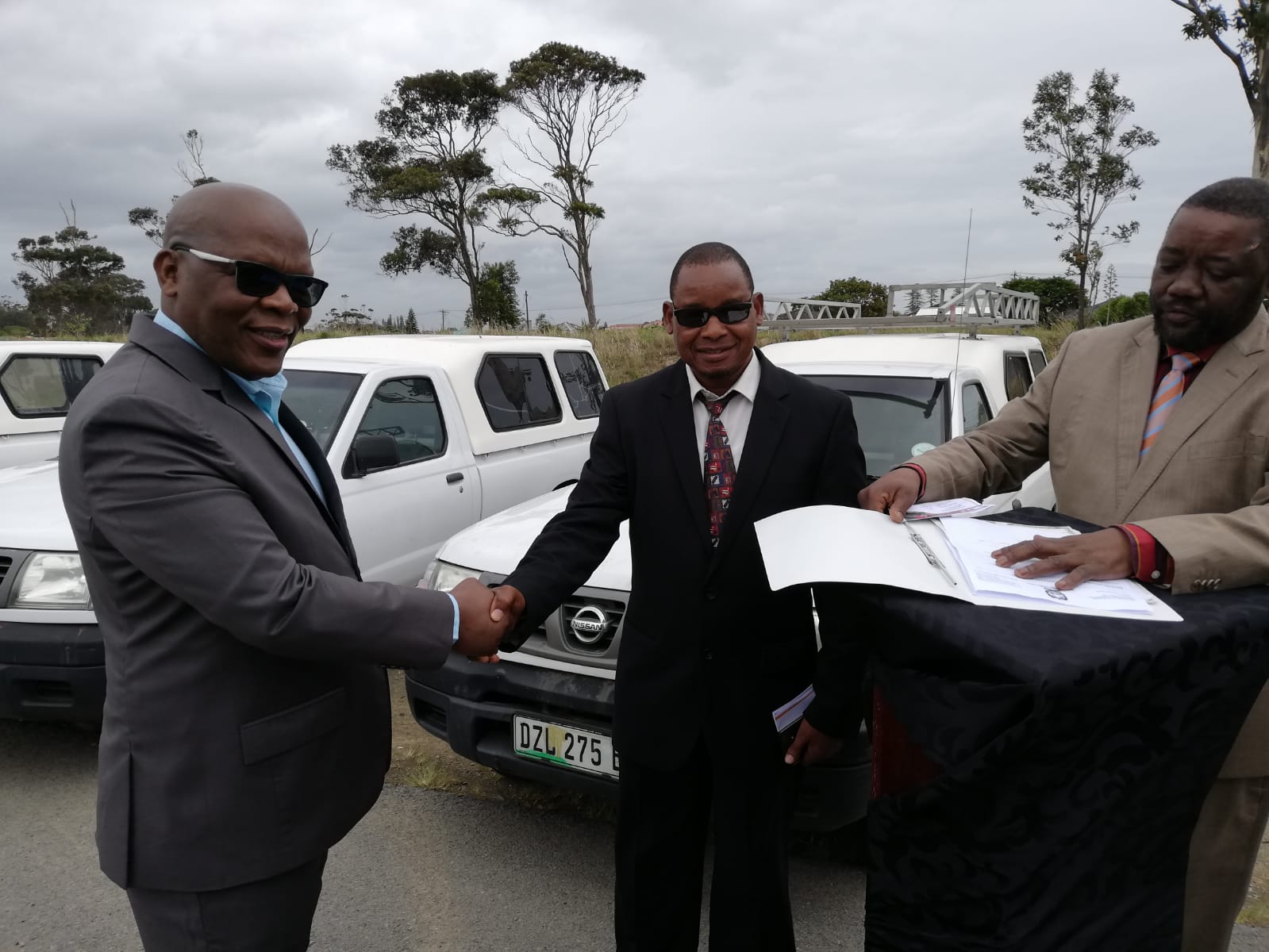 Great Kei experienced shortage of fleet after  about four cars were burned during a strike. The City is donating five bakkies, two sedans, one TLB and a compactor truck.

Pakati and Great Kei Municipality Executive Mayor, Cllr Ngenisile Tekile signed a co-operation agreement between the two municipalities which include administrative processes on how the vehicles are transferred. The handover was held at BCM Traffic Department in Braelyn.