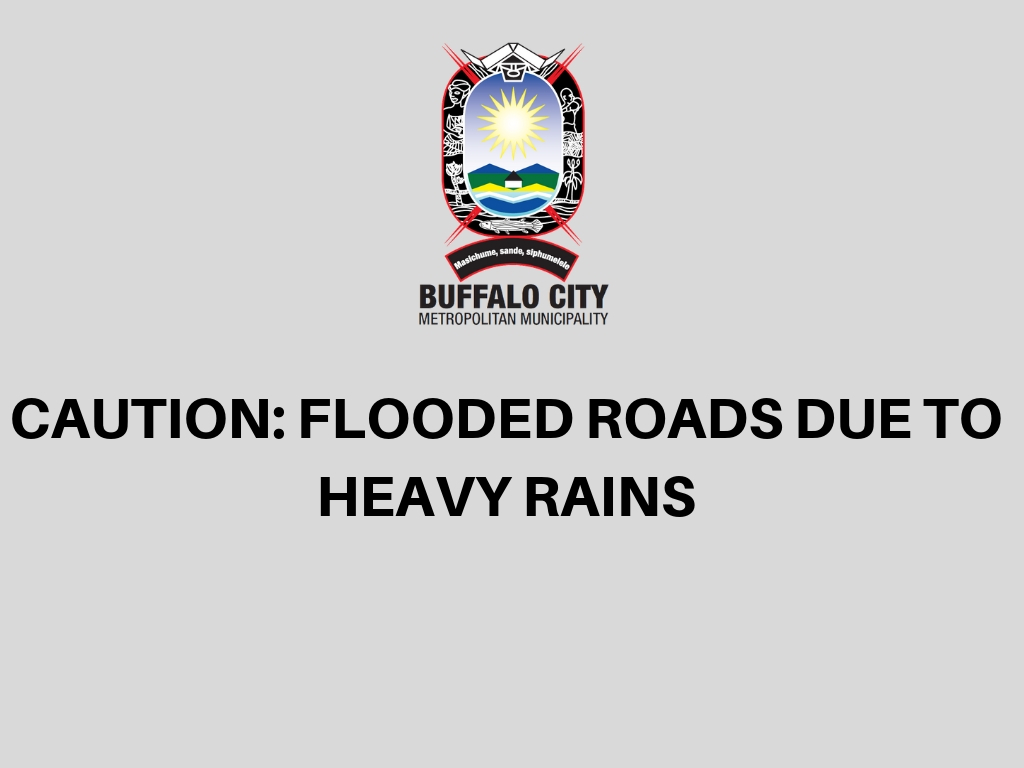 Flooded roads due to heavy rains
The forecast for Buffalo City indicates that rain will continue until Wednesday evening with moderate north easterly winds. The weather is expected to clear up on Thursday 25 April with maximum temperature of 24Â°C.

Due to the heavy rains that started on Sunday, motorists are advised to avoid low lying bridges and flooded roads. Roads in the following areas have been flooded: In the Buffalo Flats the following roads have been flooded: Greenpoint, Bruce, Cardiff, Tobias Street, John Nash Street and Spaulding Crescent. In the CBD: Oxford Street in front of City Hall, Link Road and Gillwell Road. In Duncan Village Area: Douglas Smith Road has been flooded. In Cambridge the Baden Powel. In Mdantsane the NU8 bridge has been flooded as well as the Biko Bridge in West Bank. Only the Smythlands Road in Abbotsford has been closed off. The City urges residents to report damaged powerlines to 043 050 5683 and must not be approached until it is safe to do so. Blocked storm water drains can be reported on the following numbers 043 705 9241/9222.Other emergencies may be reported to the Fire Department on 043 705 9000. In Mzamomhle, about 200 people have been moved to a community hall due to their homes being flooded. The Cityâ€™s Disaster Management Unit is at the location assessing the matter.