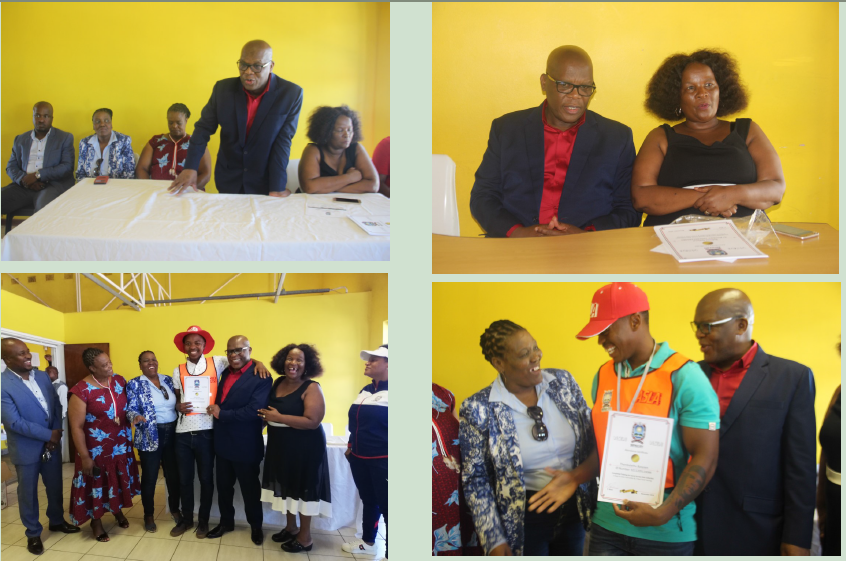 The project consists of 2500 units and will start at the D-hostel which was previously a male hostel.

Speaking at the launch Pakati said: “We are enthusiastic about the commencement of this project and we hope by the end of this term that this project would be completed. We want to see a successful project. We can also be able to be proud of ourselves because of the work done during our time in service.”

Pakati also handed over attendance certificates to 10 Human Settlements Social Survey Data Collectors that have been conducting surveys for the project.

The launch was held today at the Duncan Village Post Office.